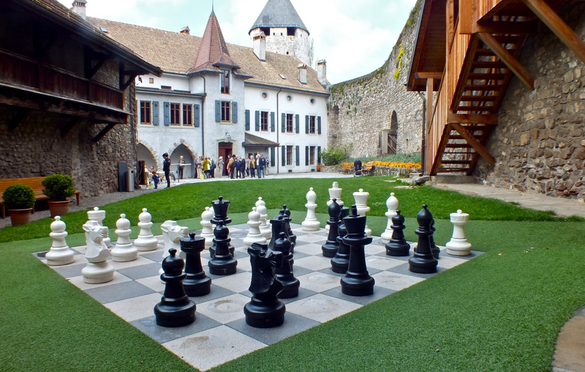 The Swiss Game Museum was designed by Michel Etter and opened in 1987. Since its foundation, it has been supported by the Association of Friends of the Museum and in 2004 a Foundation was created. Until 2017, no less than 27 temporary exhibitions have been held. The Museum has not lost its position as the only museum dedicated to the cultural history of games in Switzerland. Today, it enjoys an international reputation.

During your stay, we will give you a Riviera Card on arrival, which will give you free public transport, a 50% discount on the museums of the Riviera and 30% on the mountain trains and CGN "Belle Epoque" cruises.

For any information or reservations our 3Concierge is at your disposal

Museum of games
Back